Perhaps surprisingly, the worldwide flood (aka The Flood), has nothing to do with religion, though it might have inspired several. Instead, it is a scientific matter that involved a very large comet-like object impacting Earth about 12,800 years before present in what is now the Southern Ocean. By comet-like, I mean that it was primarily composed of ice, that it was porous, and that it was fragile; comets are fragments from this class of larger celestial bodies. Due to its composition and size, the impacting object (IO) delivered a nearly unimaginable amount of water that inundated abyssal landscapes. The newly introduced water transformed the planet in a matter of weeks, and it caused the extinction of myriad species. Were it not for our brains, it would have killed us, too. All of this is described in my paper, “The Flooding of the Mediterranean Basin at the Younger-Dryas Boundary,” available here.

Geologists will immediately dismiss any claim that there was a worldwide flood because one of their science’s primary axioms holds that The Flood never occurred. For those unaware, the reason that present-day geology has us believing that there was never a flood is due to Adam Sedgwick. A renaissance man of the early 19th century, Sedgwick was a Cambridge University professor, an ordained minister in the Church of England, and the president of the Geological Society of London. Seeking evidence of The Flood, Sedgwick and his geologist colleagues set about Europe searching for remnant sediments and formations. But the sought-for confirmation did not exist. So, after considerable reflection, Sedgwick concluded that there was never a worldwide flood.

In his 1831 address to his society, Sedgwick recanted his belief in The Flood – big news coming from someone of his renown. His recantation has enjoyed lasting effect: to this day, his ‘no flood, ever’ conclusion remains celebrated as the triumph of science over religion. ‘No flood’ permeates modern thought, and it has been accepted for so long that anyone thinking otherwise is immediately castigated as a non-scientist, if not a Bible-thumping rube.

Yet Sedgwick erred. From the evidence before him, Sedgwick should have concluded: presently exposed landscapes were never inundated by a common flood. That is an indisputably correct statement, yet different from the claim that there was never a worldwide flood. Sedgwick went too far: he passed judgment on the morphology of vast, submerged landscapes that he could not observe. He assumed that Earth’s present amount of water has always been here.

Because of its far-reaching consequences, Sedgwick’s ‘no worldwide flood, ever’ conclusion will eventually gain universal recognition as the most profound error in the history of science. Folks, it’s not even close: “no flood, ever” adversely affects our understanding of who we are, where we are from, and what has happened to our planet. For the past 200 years, we have had it all wrong.

Geology’s incorrect finding persisted for several reasons: (1) There was little contradictory evidence on presently exposed landscapes that would call into question the prevailing theory. (2) We could not see into the bathymetry to observe submerged landscapes until the new maps became available within the past decade. (3) The fear of being associated with a presumed religious tenet, as well as associated cowardice among lettered academics, prevented critical review. (4) Research money (an associated discussion, here).

Among the error’s unfortunate consequences is that ubiquitous cultural accounts of The Flood, including the story of Noah, are considered to be myths conjured by uneducated ancients; instead, they are legends of survivor accounts that have been passed down over the ensuing 600 or so generations. The Flood made a lasting impression, no?

To understand why The Flood legends persist, we need to consider what survivors encountered, and to do that, we must have an idea of pre-flood Earth, a model for which is shown below (blue represents pre-flood bodies of water; yellow represent post-flood exposed landscapes; tan represents pre-flood subaerial regions that are now submerged). Humans evolved in the dark tan regions – we are not out of Africa; regional variability in abyssal UV exposure accounts for our pigment diversity. Furthermore, in the absence of the heat sink represented by The Flood’s waters, the tan regions of pre-flood Earth would have been much warmer than the yellow regions that we now occupy. We are furless as a consequence. [Our simian relatives evolved in the yellow, pre-flood landscapes that were more than two miles above humanity’s abyssal regions; environments at that altitude would have been much cooler (comparison made at a fixed latitude). Hence, their fur. We encounter them now because we survived upward to their habitat.]

Back to The Flood survivors. Humans would have seen the IO on its approach, likely for a considerable time. It would have dominated the sky as it neared Earth. Its incredibly long tail would have been illuminated by the sun – this would be the origin of dragon and snake images associated with the event and its effects. Most would have felt the earthquakes induced by the IO’s impact. Immediately afterward, its ice would begin to melt, and the newly introduced, cold waters would then course their way through abyssal regions (tan, above). 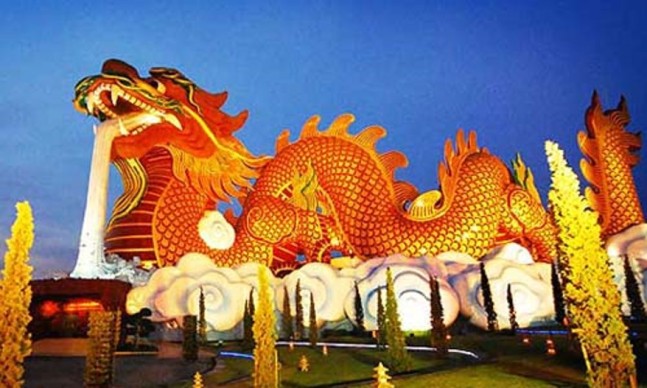 Humans would have been terrified by the first sign of the water, and survival would become their only concern. Now, consider the vast, pre-Flood abyssal landscapes that humans occupied and how far inhabitants would have been from survivable regions…. An unimaginable number of humans would drown; survivors would number in the thousands. Some would make it by boat; others, likely outcasts, would have been living in pre-flood upland regions (yellow, above); many would have lived in the pre-flood Mediterranean. 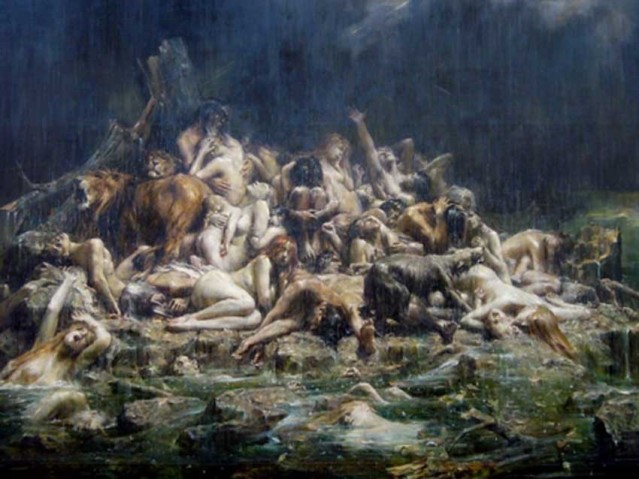 Med denizens had a survival advantage, time, because it took weeks after the IO impact until The Flood’s waters attained such a height so as to afford passage into the basin through what is now the Strait of Gibraltar. During that period, Med inhabitants would have recognized the IO-induced changes to their weather, which would have included uncharacteristic cold as well as persistent rains. When The Flood waters appeared, Med survivors either boarded whatever crafts might have been available, or they had to flee upward. Those who inhabited pre-Flood regions near what are now the countries bordering the Med had relatively short distances to cover in order to attain safety.

A human DNA heat map, shown below, implies by density (darkest coloration) where a certain trait finds its origin. Note that regions of greatest concentration for this particular trait are found in northern regions along the Mediterranean basin’s shoreline. 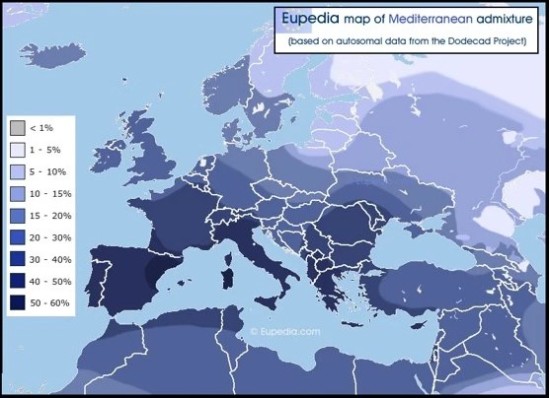 It would not be over for survivors once The Flood’s waters attained their present level, as they would encounter a much cooler Earth. Unlike the environment for which they were adapted, the new Earth would require adequate clothing, as well as warm shelter and suitable food.

Within the first few years, survivors would have to deal with effects induced by the new, ocean-driven weather patterns that would transform the planet (e.g. pre-flood rain forests became deserts and vice versa, inland seas would evaporate, etc.). The post-Flood Earth environment would cause mass extinctions because many species could neither adapt nor find suitable habitats (they are now among the known Younger-Dryas extinctions). The changed weather would cause humans to migrate in search of adaptable regions bearing resources necessary for survival.

Nearly 13,000 years after The Flood, we continue our struggle for suitable environments and food – all because we are not properly adapted to the post-flood ecosystem. A consequential, important idea: our continued survival necessitates the use (abuse?) of Earth’s resources in order to provide suitable food, shelter, and warmth. Arguably, over the ensuing 12,800 years, all social structures and economies have been directed toward ensuring human survival. Yet, we are oblivious to this realization because of geology’s historic error.

Would it help us, as a species, to better survive if we had a correct understanding of our past and what has happened to our planet? I think that it would. If you happen to agree, then I would appreciate it if you were to share this essay with friends and colleagues.

View all posts by theworldwideflood